This ClimateLaunchpad competition attracted a record number of over 700 cleantech entrepreneurs from 28 countries. The three top teams who were just announced as winners of the European Final in Amsterdam receive top honours and cash prizes: the overall winner receives € 10,000; the runner up receives € 5,000; and third place wins € 2,500.  These three highly promising winners also receive places and training in the prestigious Climate-KIC Accelerator, the world’s first 18month real life business school for cleantech entrepreneurs to develop their innovations and fast-track their businesses.

“We are thrilled to have been chosen as ClimateLaunchpad winners. The trainers and the other participants really helped to bring out the best in ourselves. We knew we had a great idea, but through the programme we have been able to validate that there is market out there. We look extremely forward to take this to the next level in the Climate Accelerator.”

The road to winning this competition was demanding and competitive. Every team went through a highly demanding programme to refine business aspects, including perfecting their business model, value proposition and pitch. At the ClimateLaunchpad European Final in Amsterdam, each of the 82 teams made presentations in front of a renowned jury that judged on hard real-world criteria including feasibility, scalability, job creation, climate impact and quality of their pitch.

Frans Nauta, Deputy-Director Entrepreneurship Climate-KIC and also founding father of ClimateLaunchpad: “The ClimateLaunchpad European Final was an amazing event. So many great business ideas, with the potential of creating new jobs and economic growth in Europe. Today, start-ups from all over Europe are sending a clear message to the COP 21 negotiations in Paris: Invest in entrepreneurs if you want to tackle climate change. It is the single biggest business opportunity of the 21st century”.

Click here for more detailed information on all finalists. These finalists are a showcase of innovation that spans a broad range of approaches in energy, water, transportation and urban development space. 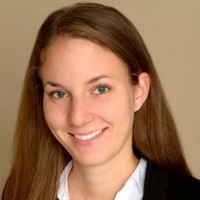